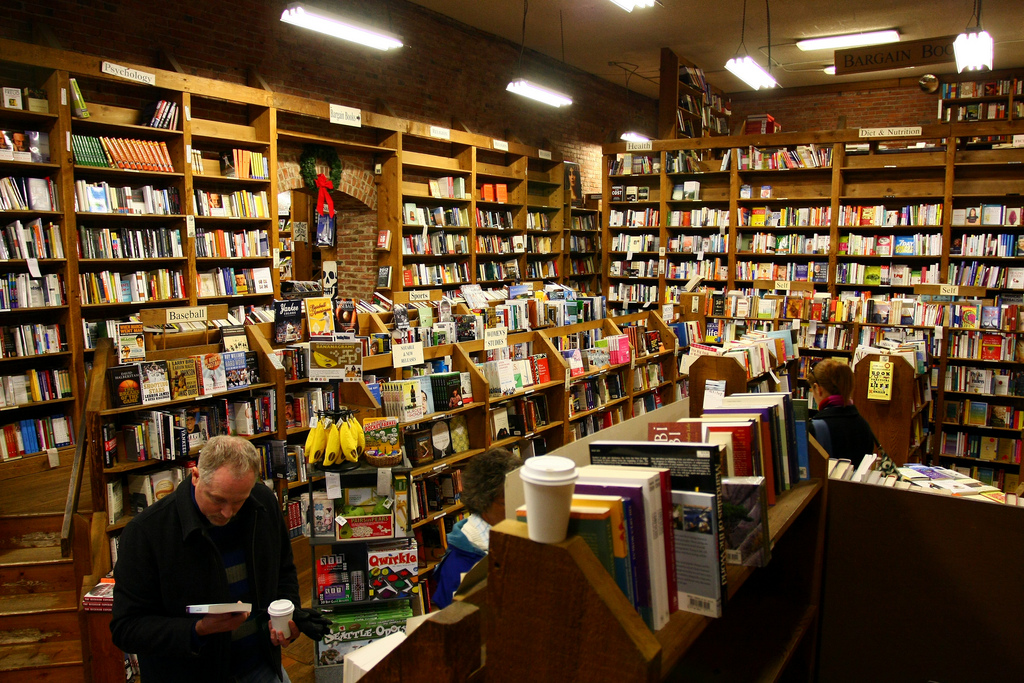 The Book Industry Charitable Foundation’s roots go back to 1996, when Borders Group employees and executives set up the Borders Group Foundation to aid booksellers who had run into financial trouble. The foundation was funded by contributions from executives, employee payroll contributions, and donations from publishers and vendors. When Borders closed in 2011, the organization, which was then an LLC, decided it would use the accumulated funds to continue its work of providing a safety net for booksellers.

“We wanted to use the money in the foundation to leave a positive legacy for Borders and expand our efforts across the country,” said Pam French, who started at the foundation in 2009 and is now its executive director. So on Jan. 1, 2012, BGF officially changed its name to Binc and became a 501(c)(3) nonprofit with two objectives, French said: to see whether a charitable organization was something the book industry needed or wanted, while also looking to establish the credibility that Binc could deliver on its mission.

Binc’s initial industry survey “quickly showed there was a need,” French said, but she moved cautiously in the organization’s first few years, canvassing the industry about the best way for Binc to help booksellers while looking to develop ways it could become a sustainable operation. Now Binc is on firm footing with three full-time employees, two part-timers, and an operating budget of $800,000 per year. It counts among its donors eight of the 10 largest trade publishers, and Kathy Bartson, director of development, noted that the five largest publishers plus Ingram contribute about 18% of its funding. Other key contributors are booksellers, authors, and distributors. In addition, to help raise funds, Ann Patchett and James Patterson are Binc ambassadors.

The program has close ties with the American Booksellers Association and regional bookselling associations, which, French said, have been instrumental in raising Binc’s profile among booksellers. French noted that in addition to raising funds, one of Binc’s objectives remains making more booksellers aware of its services. The foundation offers a range of programs, but its core program gives financial assistance to booksellers who have faced unexpected setbacks, including serious medical expenses, disruption of business, disability, and death in the family.

In 2018, Binc issued 73 grants worth $155,735 to assist 140 booksellers. Binc also helps bookstores that run into problems. As part of that mission, earlier this month Binc announced that its bookstore disaster relief program, which had been in a pilot phase in 2017 and 2018, has been established as a regular Binc offering. Over the two years of the pilot, Binc provided a total of $76,000 in assistance to 11 bookstores that were recovering from hurricanes, wildfires, and floods.

In addition to Macmillan’s diversity program, beginning on March 1, Binc began administering a new program with funds provided by Penguin Random House. Indies with Impact will award grants to two bookstores that “work in tandem with a community nonprofit or organization of their choice for a program that strengthens and encourages a passion for reading.” Interested booksellers must apply by May 1, and Binc will award the same grant again at the same time next year. A total of $3,000 will be awarded over two years.

Bartson said publishers, booksellers, and authors who contribute to the foundation “have become more creative” in finding ways to raise funds. Last year, for the first time, Binc became involved with Humble Bundle, the promotional site that allows consumers to pay what they wish for bundles of DRM-free e-books, with publishers giving some of the proceeds to charity. Three publishers—Chronicle, John Wiley, and Skyhorse—designated Binc as their charity of choice in 2018. In all, the Humble Bundle campaign raised more than $100,000. Bartson said Binc is in talks with publishers to do another Humble Bundle offering this year.

A popular way that booksellers raise funds is to designate particular weekends when a percentage of purchases will be donated to Binc. And at the regionals, silent auctions are often used to generate donations.

ABA CEO Oren Teicher is a big fan of Binc and its mission. “In a relatively short time, Binc has become an indispensable lifeline for booksellers all across the country,” he said. “From the very first time when we met with Pam and her team—as they were morphing from an entity created to help employees of Borders—it was clear that they were committed to developing the means to help any bookseller in need, which is exactly what they’ve done. ABA has been proud to partner with Binc, and we look forward to continuing to support their work.”

Since its inception in 1996, Binc has helped more than 7,400 booksellers and awarded $6.6 million in assistance and scholarships. But even as independent bookselling has been growing, the need for help still exists. Binc’s 2019 budget called for a 13% increase in financial assistance grants, but Bartson said requests are trending higher than expected, adding, “Our work to stay on track with our plan to become fully sustainable is critical.”

A version of this article appeared in the 03/25/2019 issue of Publishers Weekly under the headline: A Safety Net for Booksellers