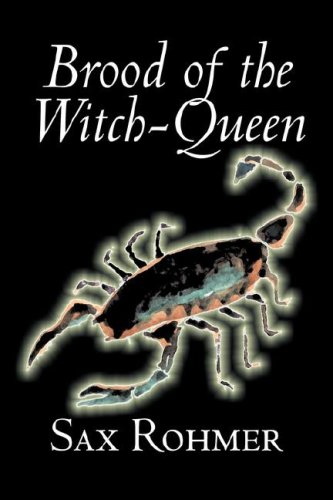 Brood of the Witch-Queen

Description:
This is a 1918 supernatural novel by Sax Rohmer. The story deals with Robert Cairn and his suspicions of Antony Ferrara, the adopted son of an old friend and colleague of Robert’s father, Dr Bruce Cairn, of infernal magic and supernatural influence.

The Catastrophe of the Emerald Queen
by LR Manley – Smashwords
Eleven year old Sophie Roberts is in a coma in hospital following a car accident. When bored and curious eleven year old boy Jared Miller stumbles upon a monstrous assassin in her room, he and Sophie are saved only by the intervention of a warrior…

Muffled Sounds
by Diana Durbin – muffledsounds.com
Mysterious novel, with spirituality and reincarnation as its underlying theme. The main character, Felix’s life makes perfect sense, at least to himself… then another world begins to seep in around him, consuming him until he almost drowns.

Conan (17 Stories)
by Robert E. Howard – Mille Tre Verlag
Robert Howard’s fantasy stories are classics, and among the fantasy heroes Howard has created, Conan is by far the most popular. Much of Conan’s popularity comes from movie adaptations and comic books. The present edition contains 17 Conan stories.

The Worm Ouroboros
by E. R. Eddison – Jonathan Cape
A heroic high fantasy novel, first published in 1922. The book describes the protracted war between the domineering King Gorice of Witchland and the Lords of Demonland in an imaginary world that appears mainly medieval, reminiscent of Norse sagas.