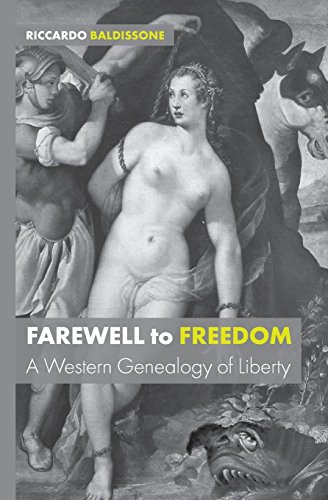 Farewell to Freedom: A Western Genealogy of Liberty

Description:
From Homeric poems to contemporary works, the author traces the words that express the various notions of freedom in Classical Greek, Latin, and medieval and modern European idioms. Examining writers as varied as Plato, Aristotle, Luther, La Boetie, Hobbes, Rousseau, Kant, Stirner, Nietzsche, and Foucault among others, this theoretical mapping shows old and new boundaries of the horizon of freedom.

Ancient Greek Philosophy
– Pearson
The philosophers of ancient Greece have fascinated thinking persons for centuries, and their writings have been the key influences on the Western civilization. The works of Plato and Aristotle have defined the questions for subsequent generations.

Jean Paul Sartre’s Being and Nothingness: Class Notes
by Paul Vincent Spade
This is a set of class notes for a graduate-level course the author taught on Sartre’s early philosophy. The main work was Being and Nothingness, but we also discussed Husserl’s The Idea of Phenomenology and other works along the way.

Interpreting Philosophy: The Elements of Philosophical Hermeneutics
by Nicholas Rescher – Ontos Verlag
Philosophers are too busy doing philosophy to take time to stand back and consider how the project itself works. This is a good reason for philosophical hermeneutics, reflecting on the issue of how philosophical texts are to be interpreted.