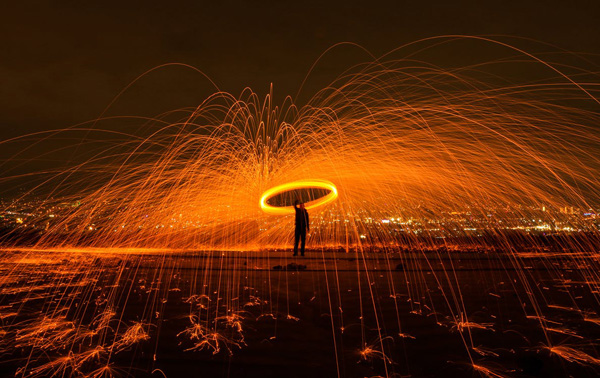 Among the array of choices for the spiritually adventurous are some innovative paths. Belief in extraterrestrial life has become “a new form of religion,” D.W. Pasulka writes in American Cosmic: UFOs, Religion, Technology (Oxford Univ., out now). “Popular television programs like Ancient Aliens provide viewers with interpretive strategies that encourage them to view religious visions of the past through the lens of the modern UFO narrative, turning medieval angels into aliens, for example. What was once a belief localized within small pockets or groups of believers under the umbrella term ‘UFO religions’ is now a widespread worldview that is supercharged by the digital infrastructure that spreads messages and beliefs ‘virally.’ ”

Today this level of belief rivals faith in the traditional God and has moved beyond the fringe to be embraced by scientists, professionals, and tech entrepreneurs, Pasulka argues, noting, “The creation of a belief system is now much easier to accomplish than it was two thousand years ago, when people didn’t possess smartphones and were not exposed to the ubiquitous screens of a culture that now teach us how to see, what to see, and how to interpret what we see.”

Pasulka is a history and religion consultant for movies and television shows, including The Conjuring and The Conjuring II; a professor of religious studies at the University of North Carolina Wilmington; and chair of the school’s department of philosophy and religion.

Spiritual Rebel: A Positively Addictive Guide to Finding Deeper Perspective and Higher Purpose (Monkfish, June) describes other new religions that sprang from the movies. Author Sarah Bowen writes about the estimated 250,000 people worldwide who have embraced the Force of Star Wars as their higher power and identify religiously as Jedi. The 2017 documentary American Jedi introduced the concept widely in the U.S. and showed how these beliefs have taken root. She also writes about the Church of the Latter-Day Dude, a self-described “open-source religion” that claims 450,000 Dude-ist priests worldwide. The Dude De Ching, based on the wisdom of Lao Tzu, includes quotes from the movie The Big Lebowski.

These are evidence, Bowen writes, that, as religious affiliation has declined, “our definition of religion is expanding.” She adds, “We’re redefining what sacred, spiritual, and religious mean for us.” Many Americans now draw on a variety of belief systems to form what Bowen calls a “God-optional” faith. Her first book was Void If Detached: Seeking Modern Spirituality Through My Father’s Old Sermons.

Movements are another place people go to find purpose and inspiration. Burning Man—the annual event in the California desert that has been described as an experiment in community and art—has spawned, if not a philosophy and practice, a worldview and movement. In The Scene That Became Cities: What Burning Man Philosophy Can Teach Us About Building Better Communities (North Atlantic, June), Caveat Magister (the pen name of Benjamin Wachs) writes that the movement that has grown up around Burning Man is hard to define: “For the first 18 years of its existence, Burning Man didn’t even have an official statement of what it was or how it worked. They didn’t think they needed one, and to no small extent they were still figuring it out themselves. Forget a blueprint; they didn’t even have an explanation.”

Magister calls Burning Man simply a place for like-minded people to come together to experience their shared values. “Burning Man is often mistaken for a utopian movement,” he writes, but “Burning Man doesn’t believe in the perfectibility of life or of governing systems.” He adds, “It works as well as it does largely because it has abandoned the notion of being a utopia and has instead focused on other aspects of the human experience.”

Today, affiliated groups hold events all around the world, including Israel’s Mid-Burn, South Africa’s AfrikaBurn, and Austin’s Flipside. In response to the need for a coherent way to tell others about it, founder Larry Harvey wrote 10 Principles of Burning Man, the tenets of which include radical inclusion, self-reliance, self-expression, rejection of commercialism, communal effort, and immediate experiences—a recipe that might appeal to the spiritually rebellious.

A version of this article appeared in the 03/25/2019 issue of Publishers Weekly under the headline: Finding Religion in Unexpected Places