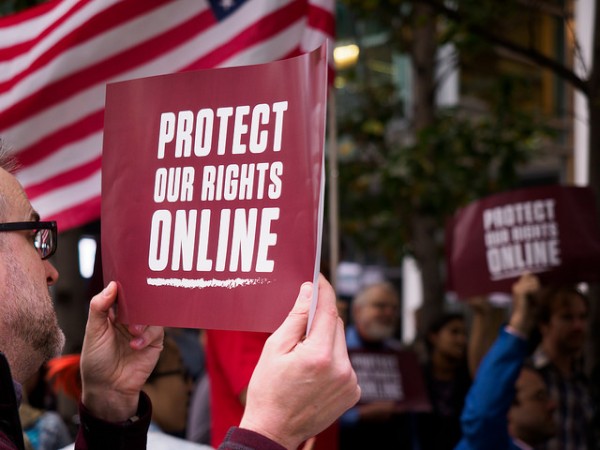 Net neutrality has been given a month to live. After voting 3-2 to repeal net neutrality rules last December, the Federal Communications Commission this week confirmed that the repeal takes effect on June 11.

Meanwhile, even as a termination date is now set, opposition to the repeal continues. This week, a group of Senate Democrats successfully forced a vote on a bill that would block the FCC repeal. The measure, introduced by Massachusetts Senator Ed Markey under the Congressional Review Act, could be voted on as early as next week—and Markey believes it has the votes to pass: all 49 members of the Democratic caucus are on board, he claims, as well as Maine Republican Senator Susan Collins.

Of course, Markey’s bill still faces long odds in the House (which has until the end of the year to vote on the measure). And even if the bill somehow gets through the House, it faces an almost certain veto from President Trump.

“When we pass this in the Senate, when we pass it in the House of Representatives, when it’s clear the electorate is at 86% favorable for this issue,” Markey told CNN, “we would have a political firestorm throughout this country if President Trump announced that he was going to veto said protections, replacing it with exactly nothing.”

Notably, on the FCC website this week, statements from the two commissioners who voted to preserve net neutrality rules were featured.

And in the text of a recent speech, outgoing commissioner Mignon Clyburn also reiterated her support:

“Keeping the Internet open, and preserving net neutrality, is based on well-reasoned and time-tested common carriage principles,” Clyburn said. “Broadband is now part of the critical infrastructure of this nation, on par with water, electricity, railroads, and telephones. To break from history and not treat it as such is a grave error, and one we have no choice but to correct.” –Andrew Albanese

In an article for The Cleveland Plain Dealer, reporter Steven Litt observed that the three designs offer sharply different visions of how to translate King’s legacy.

One of the designs was inspired by the “table of brotherhood” from King’s “I have a dream” speech, with a giant table in the center of the library serving as the main stage for public events and surrounded by a laptop bar wrapped around its outer edge. Another design evoked slave-era quilts through an exterior of color-glass panels, whereas the third design “imagined the library as an extension of the public spaces outside, where the community could gather,” reports Litt.

The good news for libraries this week is that President Trump’s first package of rescission cuts to the federal budget did not include library funding. But this past week’s ALA National Library Legislative Day in Washington D.C., speakers told library supporters to stay engaged, as future rescission packages remain a possibility.

The rescission process allows the president to submit a list of budget cuts to Congress, which Congress can approve with a simple majority in the House and Senate within 45 days.

If you were unable to attend to last week’s NLLD, you can still participate online, and you can watch the opening presentation here. And definitely check out ALA Washington Office’s Shawnda Hines’s recap in American Libraries.

This year’s event once again reinforces two truths: libraries tend to garner wide, bipartisan support because they do great work, are popular with the public, and are a bargain for the money, which is a tiny fraction of the federal budget. And two, sustaining library funding still requires year-round engagement with legislators—librarians have great stories about the work they do in their communities, and it is important that your representatives hear those stories. –Andrew Albanese

Among the stories and announcements that grabbed our attention this week:

Inspired by the writer Reni Eddo-Lodge, a librarian based in the U.K. pens a thoughtful blog post on “How to be a Brown Librarian in a White Librarian World.”

The second edition of David Lankes’s Expect More: Demanding Better Libraries For Today’s Complex World is available to download for free via his website. It’s a rallying call for community support of libraries that’s worth reading for librarians and non-librarians alike.

Via ALA, the list of 50 public libraries selected for ‘The Great American Read’ programming grants from PBS and ALA

And to Carla J. Stoffle for winning the Melvil J. Dewey Award.

From The Scholarly Kitchen: Testimonies by People of Color in Scholarly Publishing, Part II.

University of Nevada librarian Chelsea Heinbach shares a play-by-play of her experience organizing and hosting a Wikipedia edit-a-thon. The topic? art+feminism.

Quartz reports that American libraries are having a #MeToo moment but instead of censorship they are expanding their collections.

Artists and curators weigh in on Baltimore Museum’s move to deaccession works by white men to diversify its collection, via Hyperallergic.

Six librarians who moonlight as artists, via Lithub.

Bari Weiss and The New York Times invite you to “Meet the Renegades of the Intellectual Dark Web,” an “alliance of heretics…making an end run around the mainstream conversation.”

And, also of interest, why Alice Dreger, a historian, bioethicist, and author, asked to be taken out of Bari Weiss’s article.

Via The New York Times, Twitter Co-Founder Evan Williams on his plan to”fix the Internet.”