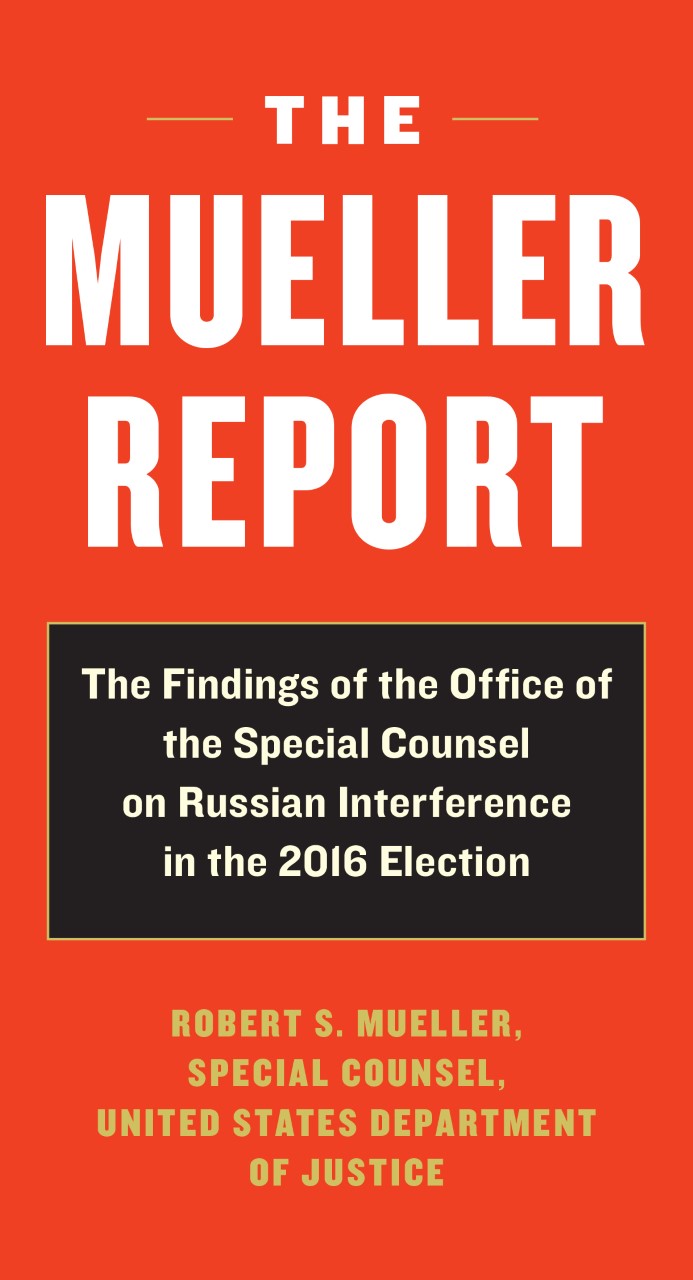 The Mueller Report is the hottest manuscript in political publishing today, and Melville House Books is preparing to join the race to acquire and release it.

The independent publisher, like Skyhorse Publishing and Scribner before it, has announced plans to crash the special counsel’s recently-filed investigation of the Russian government’s efforts to interfere in the 2016 presidential election, should it be made public. But while Skyhorse’s trade paperback edition will include an introduction by attorney Alan Dershowitz, and Scribner’s edition, also a trade paperback, will be produced in conjunction with the Washington Post and include an introduction by Post investigative journalists Rosalind S. Helderman (a Pulitzer Prize winner) and Matt Zapotosky and some of the Post‘s original reporting on the investigation, Melville House is going a different route: it will be the publisher’s first mass market paperback in its nearly two decades of history.

Melville House will publish the book, which will be priced at $9.99, with a first printing of 50,000 copies. Pending the release of the report, the press will be prepared to publish it as early as possible, with a stated placeholder pub date of April 16. The report will join a long list of public documents Melville House has released, including: the post-9/11 Senate Intelligence Committee report on torture; four federal reports on police killings in Ferguson, Cleveland, Chicago, and Baltimore; the U.S. Supreme Court decision on marriage equality; Pope Francis’s encyclical on climate change and inequality; the collected farewell speeches of former President Barack Obama and First Lady Michelle Obama; and, most recently, the U.S. Global Change Research Program’s latest climate report.

“We had long planned to do this book not even knowing what it would be,” cofounder and copublisher Dennis Johnson told PW, but noted that the publisher “wanted to wait to see if there was any indication of what it would be” before taking any further steps. “We’ve had an ISBN and a cover design for almost a year now. We have a reputation for this stuff. It’s part of our mission. It’s in the DNA.”

Melville House knew, Johnson said, that other publishers would also race to publish the report, both in print and in e-book. But he’s convinced that his house has the right spin—that is, no spin at all. “I think they are doing it wrong,” he said of the other publishers, adding that the inclusion of reporting by “Jeff Bezos’s Washington Post” and Dershowitz “give it a kind of bias and context. These books should not be contextualized. That is not good publishing. You need to give the reader credit to make sense of it. You don’t need a spokesperson for this. Nobody is going to be talking about anything else when this is released. It’s the most anticipated publication in American history.”

Johnson said that following the release of a four-page summary of the report on Sunday by Attorney General William Barr, publishing the report takes on greater urgency. “The report’s release to the public is more important than ever, and Barr’s commentary makes it all the clearer why the report should be released just as it is, without any accompanying commentary or introduction or other matter. Let the people have a people’s edition. Our plans remain the same—we’ll publish as soon as the report is made available.”