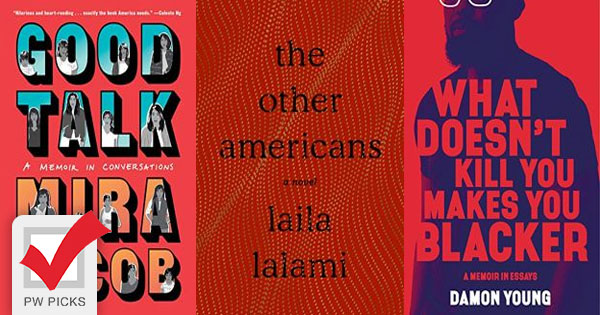 Serpell’s debut is a rich, complex saga of three intertwined families over the course of more than a century. The epic stretches out from a single violent encounter: in the early 20th century, a British colonialist adopts North-western Rhodesia (now Zambia) as his home, settling in the Old Drift, a settlement near Victoria Falls, where the colonist gets into a fateful skirmish with a local hotelier. After this, readers first meet Sibilla, the hotelier’s granddaughter, a woman born with hair covering her body, who runs away to Africa with a man who frequents the wealthy Italian estate at which her mother is a servant; then, in England, there’s Agnes, the colonialist’s granddaughter, a rich white girl and talented tennis player who goes blind and falls in love with a student who, unbeknownst to her, is black; and Matha, the servant’s granddaughter, a spirited prodigy who joins a local radical’s avant-garde activism. In part two, Agnes’s son, Lionel, has an affair with Matha’s daughter, which leads to a confrontation that also involves Naila, Sibilla’s granddaughter. Serpell expertly weaves in a preponderance of themes, issues, and history, including Zambia’s independence, the AIDS epidemic, white supremacy, patriarchy, familial legacy, and the infinite variations of lust and love. Recalling the work of Toni Morrison and Gabriel García Márquez as a sometimes magical, sometimes horrifically real portrait of a place, Serpell’s novel goes into the future of the 2020s, when the various plot threads come together in a startling conclusion. Intricately imagined, brilliantly constructed, and staggering in its scope, this is an astonishing novel.