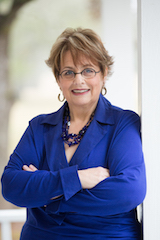 Publishers Weekly’s Sept. 12 story on sexual harassment at Christian writers conferences unleashed over 3,000 comments as well as Facebook apologies by some of those accused, blog posts from industry professionals, and suggestions for an oversight group that would allow victims to report inappropriate behavior.

Wendy Lawton, an agent with Books & Such Literary Management, posted a blog entitled “Cheap Grace,” in which she wrote: “I spoke to one person involved in a large writers conference, and she said they had known for a long time [about harassment] and handled the situation quietly but swiftly. I kept thinking about that. Isn’t that what many in the Catholic churches did—handled each situation quietly? Isn’t that cheap grace?”

Lawton decided to comment on sexual harassment issues in the Christian publishing arena because she knew some of the victims and because she wanted to create what she called a safe space for discussion. “Several victims spoke up in the comments and discovered they were not alone,” she said. “I heard from many privately who felt vindicated.”

Literary agent Steve Laube of The Steve Laube Agency wrote in a blog: “The issue of integrity, or lack thereof, has reared its head within our community of writers. It is a time of sorrow.”

In an interview with PW, Laube explained, “It was incumbent upon me to address the issue by commenting on the larger subject of integrity. Supporting those who have been hurt but also making a statement about our responsibility as representatives of Jesus Christ and the Word of God.”

Jerry Jenkins, who is the co-author of the Left Behind series and owner of the Jerry Jenkins Writers Guild, urges the Christian community to believe the women who have come forward. “While there’s often the complication of rarely having an eyewitness to such abuse, consider the risk and the downside for the victims coming forward,” he told PW. “What reason would they have for manufacturing such a story?”

“Conference directors must unapologetically establish strict policies, and any report of inappropriate comments or physical contact dealt with immediately,” he said. Jenkins also mentioned a past experience with a hired speaker who was revealed to be a sexual predator after years of unreported inappropriate behavior. “Had I an inkling of charges from other venues, I would not have dreamed of exposing attendees to him for any reason under any circumstances.”

Dwight Baker, CEO of Baker Publishing Group, affirmed a “zero-tolerance policy” for sexual harassment in the publishing industry while cautioning against “high-risk settings,” such as private meetings.

Several of those speaking out cited a need for an oversight organization to offer victims a place to report offenses. Susy Flory, director of the West Coast Christian Writers Conference, is working toward a professional organization modeled after the Association of Authors’ Representatives, Inc. and The Authors Guild. She also proposes a website that could exhibit a canon of ethics for behavior at conferences and serve as a place for victims to report abuses.

Dan Busby, president of EFCA, demurred. “ECFA was founded in 1979 by a group of evangelical leaders who recognized the need for collective biblical financial accountability,” he told PW. “While we certainly abhor any kind of sexual harassment in any forum—especially in a workplace that claims to be Christian—and think its perpetrators should be held accountable, there are no plans to change ECFA’s model or narrow focus of our standards.”

For her part, Lawton suggested the Evangelical Christian Publishers Association (ECPA) house an ethics committee. “We need to see the formation of an oversight organization to deal with wrongdoing in the industry. One that is not afraid to set guidelines and stick to them. One that has the power to censure or recommend disciplinary action,” she said.

Stan Jantz, president and CEO of ECPA— a membership-only organization for Christian publishers— said the group is currently reviewing its policies and guidelines, particularly for the three events it produces each year, including PubU and The Art of Writing.

“It’s flattering to think we could fill this role,” he told PW. “Oversight hadn’t occurred to me for other organizations [outside ECPA]. But this is a new era and we’d be interested in being part of that conversation. We should all be accountable, but how that works is something to explore.”

As Lawton points outs, “The question that remains is what happens to independent literary agencies and freelance editors who’ve breached ethical boundaries. Do publishers shrink from working with the freelancers? What about the agent? If publishers shy away from working with him, does that mean his clients are punished for his sins? Do his clients continue to work with him? It all remains to be seen.”