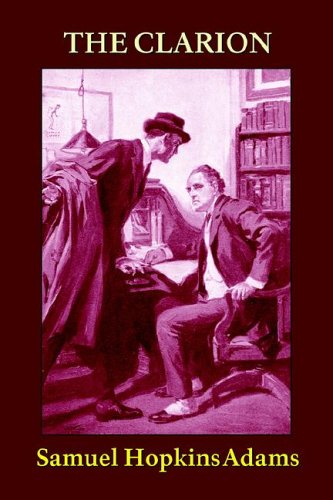 Description:
Hal Surtaine is a twenty-five-year-old son of a quack who made a fortune selling patent medicines. Publications begin to denounce Hal’s father, so Hal responds by purchasing the publication. Soon enough, though, Hal changes his perspective on the industry realizing that journalists should be teachers and preachers that could tear down corruption.

The Unlit Lamp
by Radclyffe Hall – eBooks@Adelaide
The story of Joan Ogden, a young girl who dreams of setting up a flat in London with her friend Elizabeth (a so-called Boston marriage) and studying to become a doctor, but feels trapped by her manipulative mother’s emotional dependence on her.

Juggernaut
by George Cary Eggleston, Dolores Marboug – Fords, Howard & Hulbert
Edgar Braine was never so blithe in all his life as on the morning of his suicide. Years after, in the swirl of his extraordinary career, the memory of that June morning, and of the mood in which he greeted it, would rush upon him as a flood.

Jacob the Unicorn
by Stephen Boyer
Jacob is a young man who is seeking his path in the world. He comes from an abusive upbringing and seeks to escape from his misfortunes. Much of the story is set in Jacob’s internal world where he fantasizes the good life, unicorns, and love.

You Can’t Go Home Again
by Thomas Wolfe – Harper & Brothers
A twentieth-century classic, Wolfe’s magnificent novel is both the story of a young writer longing to make his mark upon the world and a sweeping portrait of America and Europe from the Great Depression through the years leading up to World War II.