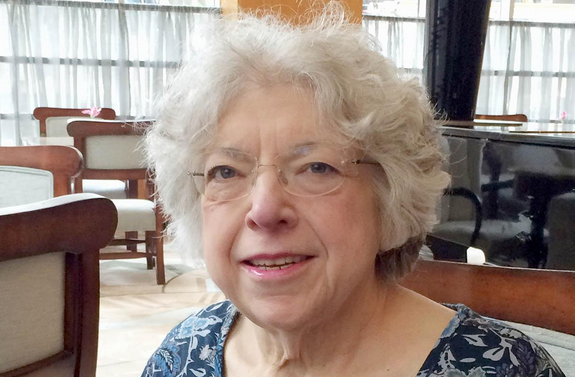 Sad news this week, as Elsevier officials announced that Karen Hunter, who served as Elsevier’s Senior VP of Global Academic and Customer Relations, has died.

Hunter officially retired in 2010 (although she continued to consult for Elsevier) after a remarkable four-decade career in scholarly publishing. She joined Elsevier in 1976 and ushered in many pioneering initiatives, including projects that led to the development of Elsevier’s flagship ScienceDirect.

Despite the discord between Elsevier and the library community over the years, Hunter always stood out, and was deeply admired and valued by librarians (and by this reporter).

“Relations between academic publishers and research libraries have often gone through difficult times,” notes a remembrance on the Elsevier website, “and, uniquely among publishing executives, Karen was able to genuinely communicate and negotiate.” —Andrew Albanese

In Europe, the EU’s 2016 Directive on Copyright in the Digital Single Market is headed for a vote June 20-21. And critics are warning that one article in particular, Article 13 could “destroy” the Internet. If passed, Article 13 could compel online platforms to check user-uploaded content against a database of copyright works, and could block items the filter deems infringing from being uploaded.

“As creators ourselves, we share the concern that there should be a fair distribution of revenues from the online use of copyright works,” the letter states. “But Article 13 is not the right way to achieve this. By requiring Internet platforms to perform automatic filtering all of the content that their users upload, Article 13 takes an unprecedented step towards the transformation of the Internet from an open platform for sharing and innovation, into a tool for the automated surveillance and control of its users.”

In a blog post, the Electronic Frontier Foundation explains that if Article 13 is adopted, “users will find that their contributions—including video, audio, text, and even source code—will be monitored and potentially blocked if the automated system detects what it believes to be a copyright infringement,” adding that “there is no way for an automated system to reliably determine when the use of a copyright work falls within a copyright limitation or exception under European law, such as quotation or parody.”

Among the end results, The BBC warns that Article 13 could put an “end to things like Internet memes.”—Andrew Albanese

PW’s weekly survey of the articles and other items of interest to librarians and publishers. Among this week’s headlines:

Slate has an excerpt from Siva Vaidhyanathan’s new book Antisocial Media: How Facebook Disconnects Us and Undermines Democracy. The author argues that despite the promises Facebook makes to its users, there are many ways that it ensures users lack control over their information.

A reporter for the New York Times takes a trip to Manhattan’s Upper East Side to visit the New York Society Library, the oldest cultural intuition in New York City.

The Paris Review has a new monthly column called Feminize Your Canon devoted to underrated women authors; this month’s column looks at the life of British novelist Olivia Manning (1908–1980).

Jessamyn West, a self-described member of the “librarian resistance,” wins her court case against Equifax and makes headlines in the process, via Valley News and VTDigger.

In The Guardian, an op-ed argues that “when confronted with white supremacists, newspaper editors should consider ‘strategic silence.'”

From the ALA’s District Dispatch: Net Neutrality ended on June 11, when the FCC’s repeal went into effect. But the fight goes on.

Sourcebooks has announced the two winning libraries for its “Love Your Library Like a Carnegie” campaign. Congratulations to the Mount Lebanon Public Library, which will receive a $2,000 credit to the wholesaler of their choice for receiving the most votes during the campaign, and to the North Wales Area Library, which will also receive a $2,000 credit for their display featuring Marie Benedict’s Carnegie’s Maid.

A debate librarians can relate to, as experts at the Wharton School weigh in on whether bookseller Barnes & Noble can survive.

Spoiler Alert! OUP announces that “spoiler alert” and “binge-watch” are among the new terms that will enter the Oxford English Dictionary.

Via Gary Price at InfoDocket, the Reuters Institute For the Study of Journalism has released its annual digital news report, which includes topics like “trust and misinformation, new online business models, the impact of changing Facebook algorithms and the rise of new platforms and messaging apps.”

The University of North Carolina Press has received a major grant from The Andrew W. Mellon Foundation for a pilot to publish up to 150 monographs from university presses in digital-first open access editions.

Arizona State University, in partnership with The MIT Press, and The MIT Media Lab, announced today the release of Frankenbook, a free, multimedia version of Mary Shelley’s Frankenstein.

Novelist Min Jin Lee and graphic novel writer Mariko Tamaki are among those named in Adweek’s list of 10 writers and editors who are changing the national conversation.

Terry Gross devoted Thursday’s episode of NPR’s Fresh Air to remembering feminist author Jill Ker Conway, who died earlier this month, by replaying three interviews with her (there’s a particularly good discussion of the memoir genre towards the end).

For an endlessly entertaining account of an eccentric scholar, see Jack Hitt’s New York Times Magazine feature on the strange case of the missing the Joyce scholar.