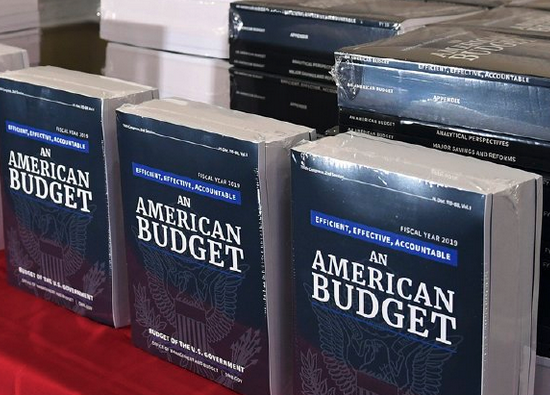 In its FY2019 budget proposal, released on Monday, the Trump administration has once again proposed the permanent elimination of the Institute of Museum and Library Services (IMLS). And once again, library supporters are treating the Trump budget proposal as an opportunity to engage with lawmakers about just how important—and how good an investment—libraries are.

The budget also calls for scrapping the NEA and the NEH, support for Public Broadcasting, as well as significant cuts to other vital domestic programs, including education, while providing for significant increases in military spending, $200 billion in federal infrastructure spending, and $18 billion for Trump’s southern border wall.

In a statement, John Chrastka, executive director of the national political action committee EveryLibrary, which advocates for libraries, called the proposal “alarming in its widespread neglect” of the needs of communities across the country. “Voting Americans need to respond with urgency,” Chrastka said, “in order to build Congressional support and protect these devastating cuts from moving forward.”

In all, federal library funding, including the IMLS budget, comes to around $231 million annually—a tiny portion of the federal budget, but which funds a host of critical programs in communities across the nation.

So, how to make your voice heard? The ALA Washington Office has mobilized to help librarians get the word out to their representatives, via its #FundLlibraries initiative. And, if you haven’t made plans yet to attend the ALA’s National Library Legislative Day, registration is now open.

EveryLibrary, meanwhile, has updated its action center, which also provides information and tools for individuals to contact their representatives in Congress. And, Chrastka stresses, EveryLibrary’s board members are also available to provide assistance.

Notably, Trump’s latest budget proposal comes just days after the president signed a two-year budget bill that will add as much as $400 billion in federal spending through the 2019 fiscal year. And while that bill has library supporters feeling optimistic about retaining library support in the short term, the long term is looking more complicated.

That’s because surging deficits, exacerbated by deep tax cuts enacted this year, could force painful cuts down the road. Analysts say the deficit could balloon to $1.2 trillion next year. And while libraries are of course overwhelmingly supported at the local level, if states and municipalities start to lose federal support, they will have to make hard choices in their communities.

Librarians had generally positive reviews for the program at the 2018 American Library Association Midwinter Meeting in Denver, which concluded on Tuesday.

Program highlights included the Youth Media Awards, and the Carnegie Medals; an excellent discussion about whether libraries should be “neutral”—especially relevant in today’s political climate and in the age of fake news. And the authors and speakers were terrific, including Junot Diaz who echoed his Winter Institute speech from a few weeks ago, praising libraries and also giving the profession some tough love over its lack of diversity; and Bill Nye (the Science Guy).

But after a lackluster turnout last year in Atlanta, attendance dropped steeply again this year, amplifying long-simmering questions about the future of the show.

ALA officials this week reported total attendance of 8,036 (5,345 attendees; 2691 exhibitors) in Denver—the lowest reported attendance since 1992—and down sharply from the 8,995 that gathered in Atlanta for the 2017 meeting.

The lag in attendance was not unexpected, however. Denver isn’t the easiest city to travel to in early February (numerous weather-related delays were reported), and this year’s schedule also includes a biannual Public Library Association Meeting, set for March 20-24, in Philadelphia.

Nevertheless, the future of Midwinter has been a topic of discussion for some time, and the low attendance for the past two shows will likely kick that discussion up a notch.

The 2018 ALA Annual Conference is set for New Orleans, one of the most popular cities (for obvious reasons) for librarians who attend ALA, although New Orleans conferences historically are not among the best-attended.

Must Reads: New Books Examine the Effects of Algorithmic Bias

In a new book, Algorithms of Oppression (NYU Press), Safiya Umoja Noble, a professor at the Graduate School of Education and Information Studies at University of California, Los Angeles, looks at the ways algorithms functioning in search engines like Google reflect and reinforce the social hierarchies in American society.

“Noble makes clear, the Internet is only ‘free and unfettered’ if racism or sexism are not problems for you,” writes LIU librarian Emily Drabinski, in a review for the book for Los Angeles Review of Books. “What emerges from these pages is the sense that Google’s algorithms of oppression comprise just one of the hidden infrastructures that govern our daily lives, and that the others are likely just as hard-coded with white supremacy and misogyny as the one that Noble explores.”

In an interview with CityLab staff writer Tanvi Misra, Eubanks elaborated on the themes she explores in her book, which looks at the automated systems and databases of welfare programs in the United States.

“We often talk about these systems as disruptors or as equalizers, at least in the cases that I research, they really act more like intensifiers or amplifiers of the system we already have,” she said. “One of the things I most fear about these systems is they allow us the emotional distance that’s necessary to make inhuman decisions.”

On the subject of our increasingly algorithm-driven world, more on Facebook’s struggles, via an outstanding, deeply reported piece in Wired, by Nick Thompson and Fred Vogelstein.

Thompson and Vogelstein dive into the company’s struggle to deal with what it was envisioned as vs. what it has become—a story of how CEO and founder Mark Zuckerberg’s “techno-optimism has been crushed” as the company learns how Facebook is being manipulated by bad actors.

This is an entertaining, and essential read for anyone in the information or publishing fields—and it captures for me the central question around the rise of Facebook—what is it, and how should we treat (dare I say, regulate) it:

“The past year has also altered Facebook’s fundamental understanding about whether it’s a publisher or a platform. The company has always answered that question defiantly—platform, platform, platform—for regulatory, financial, and maybe even emotional reasons. But now, gradually, Facebook has evolved. Of course it’s a platform, and always will be. But the company also realizes now that it bears some of the responsibilities that a publisher does: for the care of its readers, and for the care of the truth.”

In UNM’s Report on the Feasibility of Integrating the University of New Mexico Press within the University Libraries (Darrin Pratt and Michael Spooner), July 17, 2017, officials provide “a roadmap to putting the Press on a firm foundation for the future,” with the goal of enabling the Press to succeed without any deficit.

“The University of New Mexico Press has a long and distinguished record of service to the University and the State, but changes in the way consumers buy and read books has created some challenges for its continued success,” notes a press release accompanying the report. The plan, adds Richard Clement, dean of the College of University Libraries and Learning Sciences, will “guide the Press to deficit-free sustainability ensuring the important role it plays in academia and for New Mexico continues.”

This stands in contrast to what’s going on in Kentucky, where the governor has for some reason targeted the University Press of Kentucky for elimination, just as the press was finally getting back to pre-recession levels.

On Tuesday, the Schlesinger Library at Harvard University’s Radcliffe Institute for Advanced Study announced that it had acquired the personal archive of political activist Angela Davis.

In an interview with the Harvard Gazette, the library’s director Jane Kamensky spoke to the significance of the acquisition, “People with big ideas move the conversation by drawing fire. And [Angela Davis] has taken that role as a lightning-rod thinker from a really tender age.”

Meanwhile, the New York Times this week gave readers a sneak peek of the collection. Check it out.

Residents of Cobb County, GA, are crying foul. After voters invested in the construction of SunTrust Park, the home of Major League Baseball’s Atlanta Braves, residents are now being told that without a tax hike, the county may have close up to eight libraries.

A report in Curbed says that’s not going over well: “While comparing money for books versus baseballs is like apples and oranges, it’s not stopping Cobb residents from being miffed about how the entire thing has played out. The libraries slated to close reportedly host hundreds of thousands of visitors annually—perhaps more than a million. What’s more, 124 staff positions would be eliminated.”