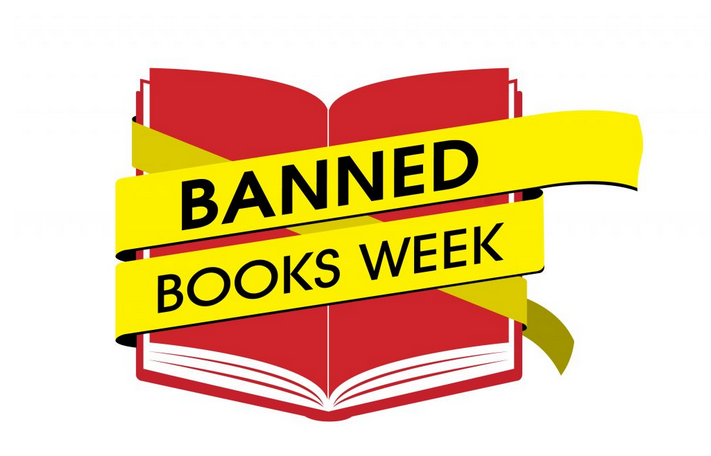 Another Banned Books Week is in the books, and once again there were numerous media items highlighting the importance of the freedom to read. As it does every year, the American Library Association, released its list of most challenged books during National Library Week, in April. But this week, Mental Floss compiled the 35 most challenged books over the last five years.

My vote for the most compelling Banned Books Week article of the year belongs book critic Ron Charles at The Washington Post. In his article, “Do we really still need Banned Books Week?” Charles starts from an assumption that has gained traction in some circles in recent years—that Banned Books Week is an unnecessary, exaggerated celebration.

But he then talks to James LaRue, director of ALA’s Office for Intellectual Freedom—who explains why Banned Books Week may be more relevant now than ever.

“It’s not just about these quaint old books,” LaRue tells the Post, adding that the urge to censor is on the rise. “It’s not just that we say we want to remove books; we don’t want people to voice in public opinions that someone else in the community might dislike.”

But still, we’re not exactly talking about books being “banned” are we, Charles presses? I mean, even if a title is removed from a community library display, you can still find it on Amazon, after all, right?

LaRue’s response is spot on, as he urges Charles to consider the experience of “a vulnerable, lonely” reader:

“There are so many places like in rural communities where you say, ‘Well, the book isn’t banned. It’s still been published. It’s still available on Amazon. It’s still in a bookstore.’ But let’s say you’re a young gay kid, and you go to your library, and David Levithan’s ‘Two Boys Kissing’ has been removed, and so you don’t know that it’s there. You don’t have a credit card to get it from Amazon. You can’t hop in a car if you’re 14 years old and drive to a bookstore. So the ban is not a trivial thing. It’s a deliberate suppression of a viewpoint that has real consequences for people.”

LaRue makes a strong point. And as he often does, Charles hits the target in his trademark witty, entertaining style.

American Libraries also offers look at this week’s Banned Books Week “by the numbers.” Among the stats reported, 416 books were “banned or challenged” in 2017, according to the ALA. But that’s likely just the tip of the iceberg: ALA also estimates that 82%–97% of book challenges go unreported.

This should be good. BuzzFeed Books is planning a week dedicated to libraries, and they want to hear from you: what is it really like to be a librarian?

An interesting column in The New York Times looks at a Gallup survey on how consumers’ own biases play into how they see bias in the media. “Another reason some people may demonstrate high levels of bias in reading the news is that they habitually consume highly biased news, distorting their frame of reference.” The survey found that those who turn to Rush Limbaugh, Breitbart and Fox News generated the most biased ratings of news content. The two news sources associated with the least biased consumers: The Wall Street Journal was second, and first by a healthy margin is PBS.

Also from The New York Times, a cogent editorial on what Congress should be focusing on when looking at the practices of tech companies. “Asking companies whose business models revolve around exploiting data-based consumer-influence techniques to explain their privacy policies seems about as useful as asking sharks to hold forth on veganism,” the editorial states. Marc Rotenberg, executive director of the Electronic Privacy Information Center, a prominent digital rights nonprofit, adds that “Congress should not be examining privacy policies” so much as looking at “business practices.”

As reported in American Libraries, the House this week passed the Marrakesh Treaty Implementation Act. “The legislation, passed by the Senate in June, provides a copyright exception for “authorized entities”—including libraries—to make materials available across borders to people with print disabilities whose countries have already ratified the treaty.” ALA President Loida Garcia-Febo said implementation of the treaty “will exponentially increase the availability of accessible reading materials to Americans and people around the world with print disabilities.” The bill now awaits the president’s signature.

Nieman Lab uses a study of the British newspaper The Independent to explore a thorny question: “What will happen when newspapers kill print and go online-only?” The answer is: nothing good. “Shutting down print doesn’t drive those readers to print-like consumption habits on digital devices. Instead, they become a lot like other digital readers—easily distracted, flitting from link to link, and a little allergic to depth.”

Gary Price at InfoDocket has a report on a new data analysis from Pew that suggests “the share of Americans who go online, use social media, or own key devices” has plateaued in the past two years.

From Quartz: “Six eerily accurate and hilariously wrong media predictions from the past.”

Citing a lack of funding, the Free Library of Philadelphia will staff less than half its libraries on Saturdays, reports Philly.com, a major cutback. “For years, all branches of the Free Library of Philadelphia opened on Saturdays during the school year, providing patrons access to computers with internet to prepare resumés, apply for jobs and complete homework; heat in the winter; and safe spaces after school,” the report notes. But a funding shortfall means “only 23 of the system’s 54 libraries will open on Saturday” this fall.

From eSchool News , a brief but interesting look at how administrators should be working with school librarians. “A modern-day school library is looking more like an airport lounge than what many of us may have been accustomed to. Students are sitting in comfortable spaces, talking and sharing. Schools have the opportunity to work with the librarian to create these collaborative spaces to promote better interaction between students, teachers, and other staff throughout the building.”

Finally two items related to net neutrality: Wired reports on the FCC’s puzzling, adverse reaction to localities trying to set up their own broadband networks: “The FCC is on a march to smother local authority by blocking states from regulating any aspect of broadband service, supporting states that have raised barriers to municipal networks, deregulating pricing for lines running between cities, and removing local control over rights-of-way that could be used to bring cheaper access into town.”

And from Broadcasting & Cable, a report on California’s net neutrality bill going down to the wire. Governor Jerry Brown has until Sunday to sign the bill into law. Proponents say they remain confident he will do so, but they grow a little more concerned by the hour.