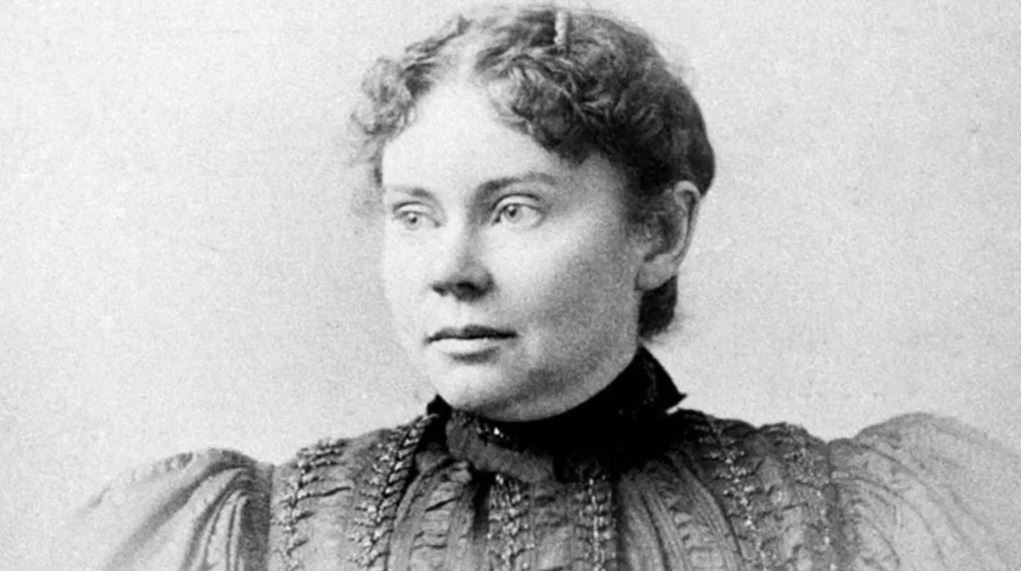 In The Trial of Lizzie Borden, Cara Robertson provides the definitive account of one of America’s most notorious and enduring murder mysteries. Here, Robertson lays out the particulars of the crime and addresses the central question of Lizzie Borden’s guilt.

On June 21, 1893, the diminutive courthouse in New Bedford, Massachusetts, a “pocket edition” of the State Capitol in Boston, was the scene of an outsize drama. An elegantly attired 32-year-old woman—her hat alone “a model for theatergoers”—stood with perfect self-possession in the dock as a jury of 12 somber men entered the courtroom to pronounce her fate. Her name was Lizzie Borden.

On the morning of August 4, 1892, the prosperous mill town of Fall River, Massachusetts, was the site of a grisly double murder. Andrew Borden, a prominent local businessman, and his second wife, Abby, were found hacked to death in their home near the city center. It seemed to be the work of a madman. The details were gruesome: First, Abby had been felled by 19 blows in an upstairs guest room and, about an hour and a half later, Andrew received 10 blows as he lay sleeping on the sitting room sofa. His face resembled raw meat, yet, according to one of the first people on the scene, the house itself was “in apple pie order.”

Two key facts seemed to rule out a murderous stranger. First, the front door and basement door were locked. The only apparent entry point was a side door that was typically latched. Second, even if an assassin had found his way inside, the interval between the murders seemed odd. Would he have lingered in the house after dispatching Abby Borden for over an an hour and half until Andrew returned home? It was a narrow home, physically as well as psychologically, without hallways to provide privacy or places for an assassin to hide from any other occupants of the house.

Three other people were known to be in the house that morning. Andrew Borden’s brother-in-law John Morse spent the night in the upstairs guest room, but he was known to have departed shortly after breakfast, almost an hour before Abby died. Bridget Sullivan, the Bordens’ Irish housemaid, had been spotted washing windows outside. That left Lizzie, Andrew’s younger daughter. She gave shifting accounts of her whereabouts during the critical period. She said she had been downstairs, ironing handkerchiefs, when Abby was killed, yet had not heard a sound. But, according to Bridget, she had been descending the stairs, virtually at eye level with her stepmother’s corpse in the upstairs guest room, when her father returned around 10:45am. After greeting her father, Lizzie said she had resumed ironing but, again, suspended her work, walking outside to the barn in search of a sinker (a weight for a fishing line) or a piece of lead to fix a screen. There, she tarried, enjoying a few pears picked from the backyard trees. Stranger still, upon discovering her father’s body, she had not looked for her stepmother, claiming that Abby had received a note and gone out. (The note was never found.) Later, after the doctor who examined her father’s body left to send a telegram to Lizzie’s older sister Emma, who was out of town, she volunteered that she had heard Abby come in, spurring the belated discovery of Abby’s body upstairs.

Further investigation disclosed a motive. The Borden household was the site of a cold war between the generations. Andrew Borden was a rich man who could claim descent from one of the founding families of Fall River. But he was known to be a miser, eschewing life in the elite residential district known as “the Hill,” and more interested, as a contemporary journalist put it, in “piling up” dollars than in spending his fortune. Lizzie and Emma resented their father’s straitened manner of living and were outraged when he bought a house, in his wife’s name, for Abby’s half-sister. What he did for her, they thought, he could do for his own blood. He gave his daughters a comparable property, but it did not heal the rift. Lizzie and Emma conducted their lives as separately as was possible in the small house, receiving their visitors upstairs and avoiding meals with their father and stepmother. In contrast to her demure older sister, Lizzie was famously forthright and openly disdainful of her stepmother. Shortly after the bodies were discovered, Lizzie tartly corrected the police officer interviewing her, stating of Abby, “she is not my mother.”

Other evidence linking Lizzie to the crime emerged. Three men in a local drugstore identified her as the woman who tried to buy prussic acid, a deadly poison sold only upon a doctor’s prescription, the day before the murders. Poison was a woman’s weapon and Lizzie’s inability to procure it seemed to explain why a well-bred young woman would pick up a man’s weapon and commit the murders in such a bloody fashion. The lack of blood on Lizzie Borden or any of her clothes seemed an insoluble conundrum until her friend Alice Russell came forward to testify that Lizzie had burned a dress the Sunday after the murders, a dress Lizzie said had been stained with paint.

Given the circumstantial evidence, it looked dark for Lizzie Borden. Borden family counselor Andrew Jennings put his client’s considerable inheritance to work in hiring two noted trial lawyers, Boston attorney Melvin Adams and the former Governor of Massachusetts, George Robinson. They questioned whether a woman could physically have committed such brutal murders and summoned witnesses who had seen strange men in the vicinity. Through clever cross examination, they emphasized missteps in the police investigation to suggest an orchestrated conspiracy to pin the murders on their client. (The police witnesses contradicted each other about the possible murder weapon, a handleless hatchet head found in the basement.) Their greatest success, however, was in keeping the best evidence of Lizzie’s guilt away from the jury: they won rulings excluding her inquest statement, which memorialized her shifting stories and provided ample evidence of the household discord, and her attempts to buy poison the day before the murders, evidence of murderous intent that would have punctured the defense contention that Lizzie was an innocent bystander, simply in the wrong place at the wrong time.

Lizzie Borden herself presented the best possible argument for her own defense. Active in good works, especially in her church, Lizzie ticked all the boxes of respectable middle-class femininity. Though some saw something sinister in her self-possession—a hostile newspaper referred to her as “the sphinx of coolness”—most journalists considered her controlled demeanor a sign of lady-like bearing, an inborn dignity that all but proved her innocence. Comparing the two women known to be in the house at the time of the murders, Lizzie’s lawyer Andrew Jennings asked, “which is the natural party to be suspected?” “The stranger,” he might as well have said “the immigrant,” or the youngest daughter? At his words, Lizzie wept as she had done at other moments of pathos; she hid her face beneath her fan during some of the prosecution’s most gruesome medical testimony; and she fainted when the victims’ skulls were produced in court. All of this counted in her favor. The defense asked the jury if it could believe that such a woman could have killed her father. Deprived of its best evidence of premeditation, the prosecution could only argue that she had been magically “transformed” into a murderess, evoking Dr. Jekyll’s metamorphosis into the evil Mr. Hyde.

After an unusually long trial lasting two weeks, the jurors found they were unanimous on their first ballot, but they withheld their verdict of “not guilty” for another hour and a half to appear “reasonably deliberative.” Was this an example of reasonable doubt? Or was it an unreasonable certainty that a woman like Lizzie Borden simply could not have committed the murders.